Stem cells hold amazing promise as a medical treatment. They are ‘precursor’ cells that can turn into all cells of the human immune and blood systems.

Researchers hope that stem cells will in future be able to help cure diseases such as diabetes.

But stem cells also carry the threat of being dangerous when injected as ‘therapies’, as they may run out of control and turn themselves into rogue cells, even cancerous ones.

The ‘precursor’ cells that can turn into all cells of the immune and blood system are increasingly being used by the beauty industry, but amid alarming warnings

This is why scientists working in accredited UK medical-research institutions are governed by strict guidelines set out by the Human Tissue Authority (HTA), to ensure that their experiments are approved as safe and ethical, and that their progress and outcomes are monitored.

But as this investigation has discovered, private London clinics are using injections of human stem cells as beauty treatments that are not only scientifically unproven, but could have potentially catastrophic effects.

Good Health has found that at least four London clinics have been offering patients a range of apparently high-tech ‘stem-cell therapies’ to reduce wrinkles and dark circles, plump breasts and buttocks, and make hair grow again. 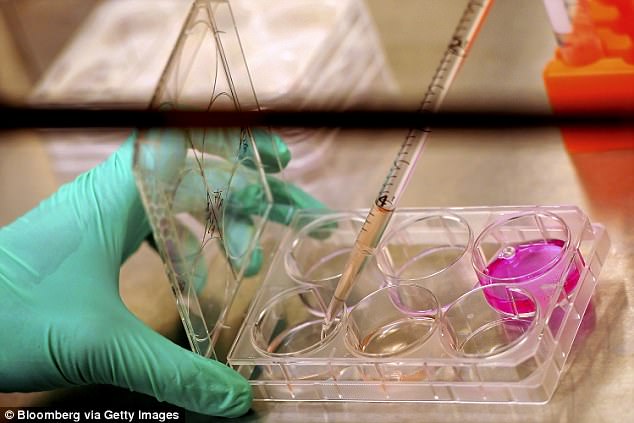 Scientists hope that one day stem cells will be able to cure diseases like diabetes, but have warned against using the cells for beauty therapies

Yet because these fall through loopholes in UK healthcare legislation, it’s perfectly legal to use stem-cell injections in cosmetic surgery without the kind of regulatory safeguarding procedure required with medical treatments.

When stem cells were first discovered 30 years ago, there was a flood of predictions that their use would revolutionise healthcare. But stem cells’ potential for danger emerged rapidly. Some of the earliest studies in the late Nineties involved implanting foetal stem cells into the brains of Parkinson’s patients.

‘Some people got better, some worse, and some had no change at all,’ a spokesperson for the Parkinson’s Disease Society told Good Health. ‘In the people who got worse, their transplanted cells went out of control, raising their risk of cancer.’

Even in one of their most promising applications, for heart failure, research suggests stem cells may do more harm than good. 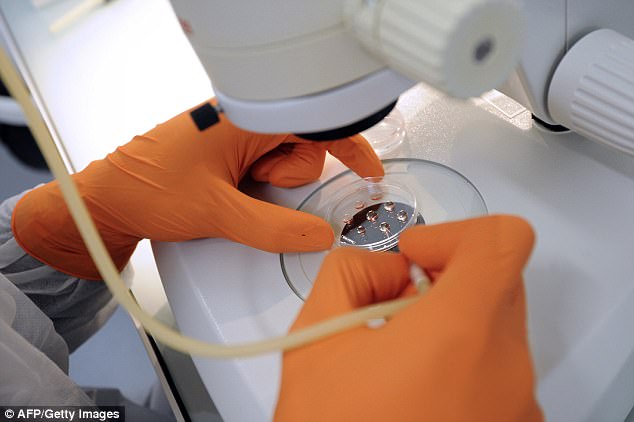 Scientists warn that stem cells may run out of control and turn themselves into rogue cells, even cancerous ones

Last June, a leading Israeli cardiologist, Professor Jonathan Leor, of Tel Aviv University, warned in the journal Circulation that in heart failure the stem cells may not only be ineffective, but can inflame other cells and ‘may exacerbate damage to the already diseased heart muscle’.

Such perils explain why scientists working on stem-cell therapies at leading hospitals worldwide are subject to rigorous scrutiny from regulatory bodies such as the HTA, as well as their employers’ ethics committees.

This is to ensure any proposed therapies have been rigorously tested — for example, in test-tube studies and animal trials — to minimise any possible risk.

Scientists at respected medical research institutions are also expected to publish their results in respected, peer-reviewed journals, so that expert colleagues can scrutinise their work.

But this is not so when stem cells are used in cosmetic surgery — because they’re not classified as a ‘medical treatment’. The potential dangers, however, have already become apparent.